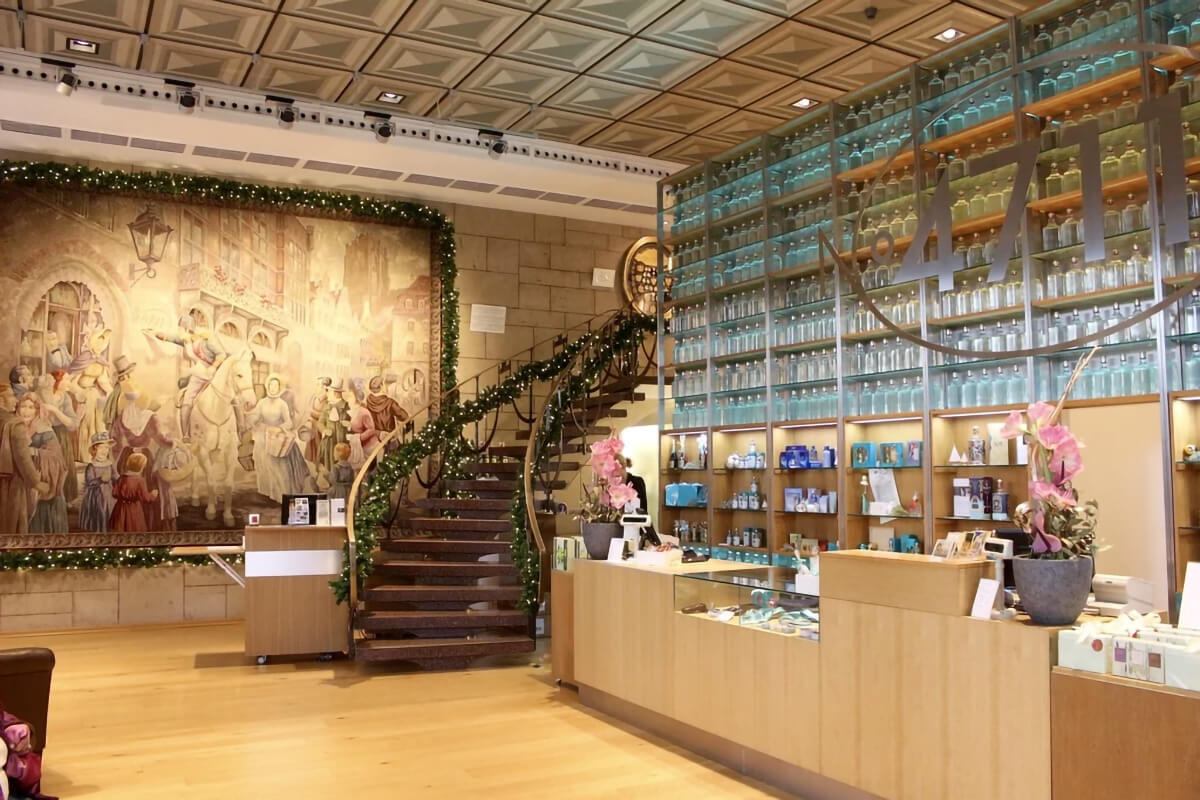 A few minutes’ walk from the Cologne Cathedral stands the House of 4711. Home to the original 4711 Eau de Cologne, this beautiful perfume boutique is located on the corner of Glockengasse, directly opposite the Opera House. The building itself is striking. It took us more than a few minutes to find it but it was well worth the effort to discover the history behind the storied cologne.

In production since at least 1799, this classic German scent has adorned the wrists of men and women alike since the 18th century. Originally intended for internal and external use, legend has it that the secret recipe was gifted to merchant Wilhelm Mülhens by a Carthusian monk on the occasion of Wilhelm’s marriage in 1792.

The recipe was for an ‘acqua mirabilis’ or ‘miracle water’. Soon after, Wilhelm founded a small factory in the Glockengasse area of Cologne and established the first Eau de Cologne as a remedy. Wilhelm marketed his miracle water as a health drink to be served undiluted or mixed with wine.

In 1810, Napoleon decreed that all recipes for medications intended for internal use publicly list their ingredients. Not wanting to disclose his secret recipe, Wilhelm began marketing his miracle water solely as a fragrance.

An explanation of the name 4711 is every bit as straightforward as the fragrance. The French occupation began in Cologne in 1794. Frustrated by the disorganized layout of the city, a French general ordered all the houses to be sequentially numbered. Wilhelm’s house was given the number 4711; and, although the house numbering no longer exists, the name remains and continues to be associated with the celebrated cologne.

Interesting Facts of House of 4711

The Eau de Cologne
The name of the fragrance known as “Eau de Cologne” leaves you in no doubt as to where this perfume originated – namely in Cologne. For many people, myself included, the “4711 Original Eau de Cologne” is an icon among colognes.

The Glockengasse
Over 100,000 international visitors a year come to the Glockengasse sightseeing spot. It is one of the most famous streets in Cologne – even though it is less than 400 meters long. The historic road leads not only to the House of 4711 but also to the Theater am Dom.

The Carillon
The Glockengasse still lives up to its name of “Bell Street”. Between 9 am and 7 pm, the 20 bells of the House of 4711 play three melodies on the hour every hour, two of which are always the “Marseillaise” and “The Faithful Hussar”. The third tune varies according to the season – each hour the bells play a well-known tune ranging from carnival hits through to Christmas compositions.

Notice: Best F/X is a participant in the Amazon Services LLC Associates Program, an affiliate advertising program designed to provide a means for sites to earn advertising fees by promoting and linking to Amazon.com. This post may contain affiliate links, which means, if you click and buy something I may make a commission, at no cost to you. Please see my disclosure policy for details.