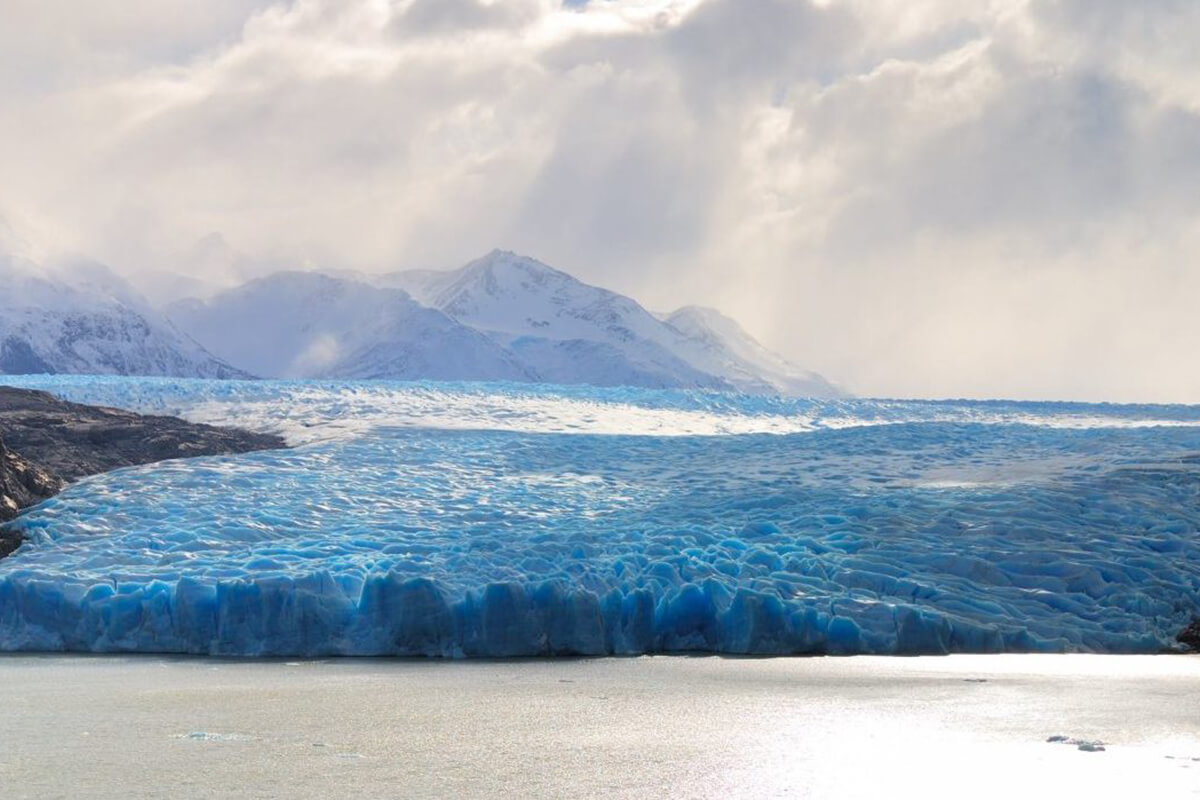 Glacier Bay National Park is a beautiful U.S. National Park located just west of Juneau, Alaska. With over 672,000* visitors in 2019, Glacier Bay, along with Denali National Park, is one of the most visited national parks in Alaska.

The earliest artifacts of human habitation found near the park date back nearly 10,000 years. However, the extreme glaciation makes it doubtful that there was long-term habitation within the park’s boundaries. The current native population living in areas around the park is the Tlingit tribe, although other peoples, such as the Haida, may have also lived in the area in the past.

Although Russian fur traders may have arrived in the area in the mid-18th century, the first documented visit by a non-native was by Jean-François de Galaup who, traveling on foot, visited the area on foot to trade with the Tlingit in 1786.

The coastal location made Glacier Bay one of the easier sites in Alaska for people to visit, and on February 25, 1925, Glacier Bay was established as a National Monument by President Calvin Coolidge. The monument was subsequently expanded by Franklin Roosevelt on April 18, 1939, to create, what was then, the largest site in the National Park Service System.

President Jimmy Carter expanded the national monument to include lands around the Alsek River on December 1, 1978. On December 2, 1980, Congress passed legislation to rename the site Glacier Bay National Park and Preserve.

The vast majority of visitors to the park arrive on cruise ships, which sail up the Inside Passage of the Alaskan Panhandle to or from Anchorage. A much smaller number of visitors travel to the park on foot, or via smaller ships.

The scenery was awe-inspiring and we enjoyed an unforgettable day of sailing through this absolutely magnificent park of emerald waters and past calving icebergs.

Things To Do In Glacier Bay

The most popular activity in Glacier Bay is glacier watching from the deck of a ship. However, if you choose another means of travel, Glacier Bay is a place with deep forests, rivers, and bays, so kayaking and other activities are great ways to experience this national park.

Those not arriving by cruise ship will need to pay for entrance into the national park. The America the Beautiful Pass, offered by the National Park Service, offers travelers the best overall discount if they plan to visit multiple parks in one year.

The highlight of any glacier viewing experience is getting to see glacial calving. Of the seven tidewater glaciers, four regularly calve, the most famous and popular of which is Margerie Glacier.

Our cruise ship spent a little over two hours “parked” in front of a glacier waiting to see the iceberg calving. Glacier Bay is one of a few places in the world where you can see this phenomenon.

As an added bonus to glaciers and iceberg calving, you will have plenty of opportunities to spot wildlife along the shore of the bay. Sea lions are almost always visible sleeping on rocks in the bay. Brown bears can also be seen on the shore and depending on the time of year, you might get to see mothers and cubs. If you are extremely lucky, you might see wolves.

Seabirds will be part of the experience with Puffins being the most popular seabird. In addition to Puffins, be on the lookout for alcids, guillemots, murres, and terns.

As with most visitors, you will most probably be on the deck of a ship, so remember to pack your binoculars or a zoom lens for your camera, as well as other important camera gear if you hope to make the most of wildlife spotting.

For the more adventurous, non-cruise ship visitors to the park, kayaking is a popular activity. There are several kayaking options available, including day trips, or even 5-10 day excursions. You can find kayak outfitters in the nearby town of Gustavus.

Since the park is mostly water and ice, hiking trails are limited. However, there are a few trails in the area around the visitor center in Bartlett Cove. Here are a couple of “single-day” trails to explore:

Rangers lead guided walks on the Forest Loop Trail every day at 1:30 pm when the park is open.

If you’re on a cruise ship you might get lucky and a whale will swim by the ship. However, the best way to guarantee that you can see the whales is on a day trip specific for whale watching and wildlife viewing. The Glacier Bay Lodge offers morning and afternoon whale watching tours, which depart from the city dock in Gustavus. Consider booking ahead if you want to ensure a spot on the Hoonah Whale Watching Cruise which is a highly rated three-hour trip with amazing success in finding the whales, as well other wildlife.

Humpback whales visit Glacier Bay for food after a winter of fasting in waters further south and they eat for as much as 23 hours a day. Glacier Bay is a protected sanctuary for these marvelous 40-ton creatures and one of the best spots on earth for humpback whale-watching during the summer. Take a look at the National Park Service’s wildlife viewing seasonal calendar for a better understanding of which wildlife you’re most likely to spot during your visit.

Aerial views of national parks give you a perspective that would be impossible to get from the ground and, since drones have been banned from all national parks in the U.S., the only way to get that view. One- to two-hour flightseeing tours are available from several nearby communities, such as Juneau, Haines, or Skagway. A few charter companies are:

Large cruise ships are not the only option for viewing glaciers. A day-trip boat leaves from the dock at Bartlett Cove every morning during the season, weather permitting. Besides seeing glaciers, they also drop off and pick up backcountry hikers and kayakers.