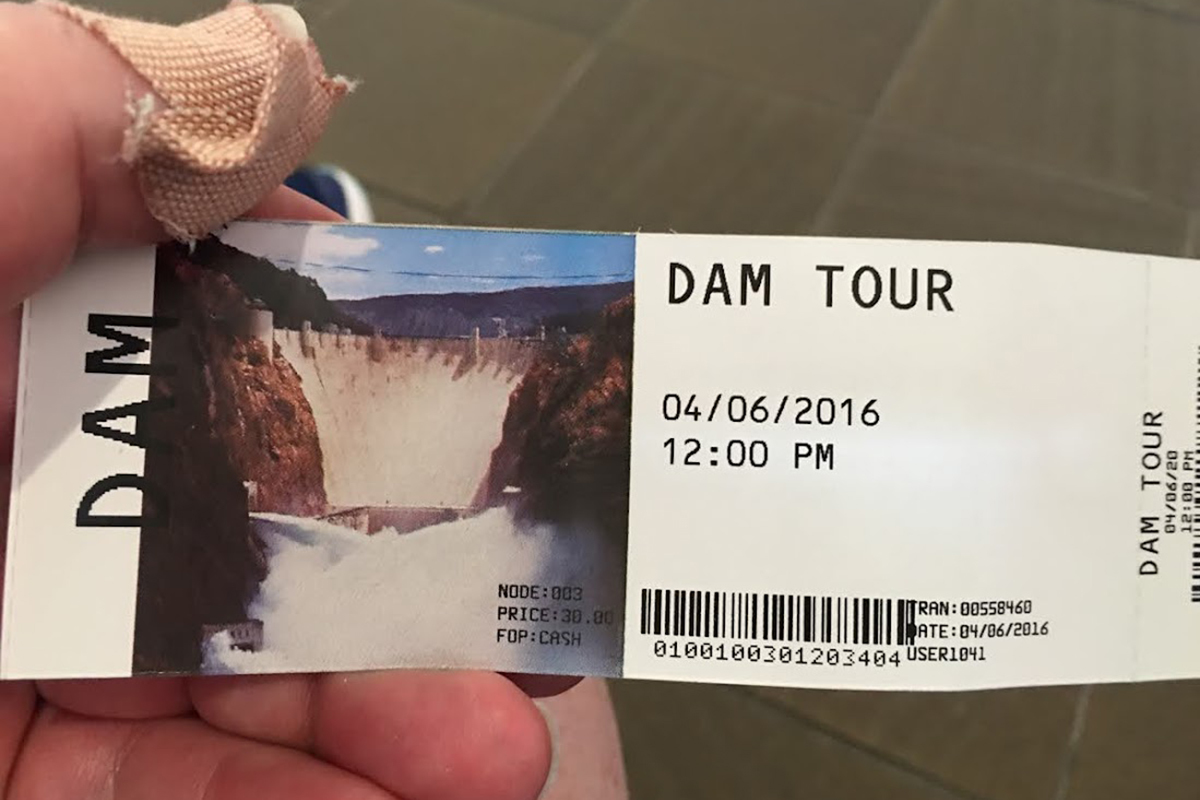 Easily drivable from Las Vegas, Lake Mead and the Hoover Dam is easily one of the best things to do in Nevada if you’re wanting a little time away from the glitz of the city.

The Hoover Dam sits wedged into Black Canyon, holding back the force of the mighty Colorado River on the Nevada-Arizona border. It’s an incredible feat of engineering built in just five years during the Great Depression. Originally called the Boulder Dam it was constructed to prevent flooding in the area, to help with irrigation in the desert and to generate hydro-electricity.

There’s so much to see and explore at Hoover Dam. Here are some of the things you’ll want to check off your list while you’re there:

After parking up we passed the bronze Winged Figures of the Republic, one either side of the US flag. There’s also a memorial to the 112 construction workers who lost their lives building the dam. Both features had a distinct Art Deco feel to them.

“How the West Was Won” Presentation

While at the Hoover Dam Visitor’s Center, make sure you check out the video presentation on how Hoover Dam allowed for the settling of the western United States by providing a reliable source of water and power.

This part of the Visitor’s Center features immersive exhibits, stunning artwork, and educational displays that highlight the history of Hoover Dam and the region, as well as how the dam and power plant operate.

There are four 338ft high Intake Towers in the water on the Lake Mead side of the dam. These intake towers siphon water into the power plant. There are two towers on the Nevada side and two in Arizona.

The two towers nearest the dam each display a clock – one shows ‘Arizona time’ and the other ‘Nevada Time’. There was no time difference when we there as it was late spring. In autumn Nevada switches back to Pacific Daylight Time and will then be an hour behind Arizona.

Guests can access special elevators that will take them down 500 feet into the tunnels of Black Canyon. This is where you’ll find the Nevada side of the power plant complete with eight giant generators fueled by the flow of the Colorado River.

The two-lane road over the dam was in use for passing traffic up until 2010. But 14,000 vehicles crossing daily became unmanageable and, more recently, they are also considered a security risk. The Mike O’Callaghan – Pat Tillman Memorial Bridge, the second-highest in the US, opened in 2010. The arching bridge now carries traffic between Nevada and Arizona states on its four-lane highway. You can take a short walk up to the 840 ft bridge and walk across to take in the views of the dam with Lake Mead behind. It’s a great spot for photographs.

Mike O'CallaghanPat Tillman
Donal Neil “Mike” O’Callaghan was an American politician and educator who served as the 23rd Governor of Nevada from 1971 to 1979.
Patrick Daniel Tillman Jr. was an American professional football player in the National Football League (NFL) who left his sports career and enlisted in the United States Army in May 2002 in the aftermath of the September 11 attacks. His service in Iraq and Afghanistan, and subsequent death, were the subject of national attention when he was killed in action as a result of friendly fire.

Get your cameras ready! Hoover Dam offers some excellent photo opportunities, including:

Getting from Las Vegas to Hoover Dam

From the Westin Lake Las Vegas Resort & Spa, it was a short 40-minute drive to the Hoover Dam.