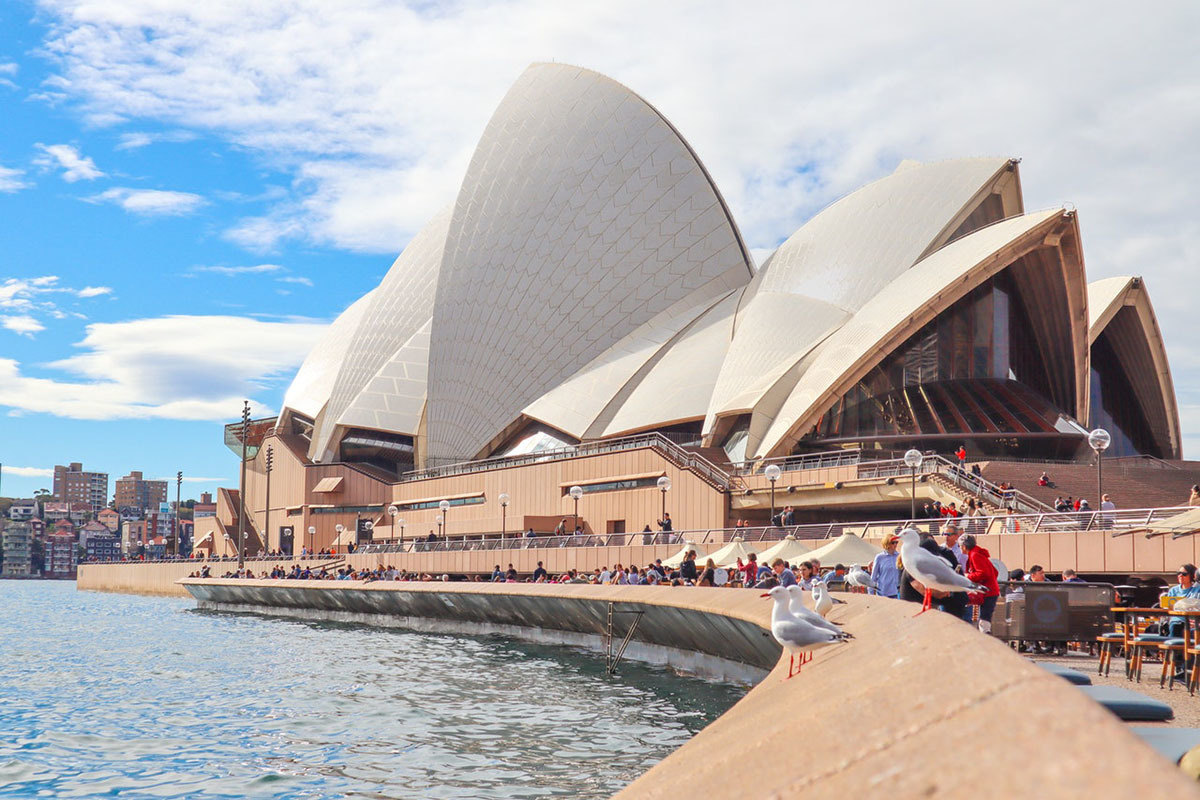 Sydney, the capital city of the state of New South Wales, and the most populous city in Australia and Oceania, was our first stop on our 2019 adventure to Oceania.

From Sydney airport to the Four Seasons Hotel Sydney in the Central Business District (CBD), which is pretty much the center of the city, was a pleasant but short ride. We were very pleased with our 5-star accommodations and the convenience of the location. The Four Seasons is less than a block from the Overseas Cruise Ship Terminal, near the Sydney Harbour Bridge, Circular Quay, the Sydney Opera House, and Royal Botanical Gardens.

Circular Quay, central to all things on our ‘to do’ list for our three days in Sydney, was an obvious first stop. One block from the Four Seasons Sydney, Circular Quay is located in Sydney Cove in the harbor. This was the place to take in the majesty of its iconic structures such as the Sydney Harbour Bridge and Sydney Opera House. Circular Quay is also the city’s main ferry terminal so it was also a great spot to kick off our sightseeing activities.

As we stroll along the busy wharfs of Circular Quay on our way to the opera house, we enjoyed listening to the Aboriginal street artists and the views of the Sydney Harbour Bridge. With tour tickets in hand, we reached the Opera House, a UNESCO World Heritage Site, and were shortly greeted by our host and guide. The Opera House is a marvelous piece of architecture both inside and outside. If you are not lucky enough to get tickets to tour the inside, the Opera House offers surprising and spectacular views from the outside as well.

As we continued along the water past the Opera House, we walked along and through the Royal Botanic Gardens. We followed the way around Farm Cove and enjoyed the views of Sydney Harbour, one of the most beautiful natural harbors in the world. Still further on toward Mrs Macquarie’s Chair the better the views got, perfect for this most iconic Sydney photo.

The Royal Botanic Gardens are probably one of the best parklands in the world. Numerous Sydneysiders were picnicking on the lawns, playing ballgames, and jogging in the park. There are some exciting trees and flowers here, just keep your eyes open.

Dating back to 1788, the Rocks Precinct is a beautiful place packed with tiny colonial streets, historic hotels, shops, and many excellent pubs. While walking through its narrow streets, we felt we were in a theatre setting with stunning contrasts of land and sea landmarks. Each turn offers a different and vibrant view.

The Taronga Zoo Sydney is a top attraction in Sydney and one of the most famous wildlife parks in the Australian continent. The diversity of species it homes, the wild experiences it offers along with spectacular views of Sydney Harbour Bridge, the Sydney Opera House and the City’s skyline makes it a unique adventure.